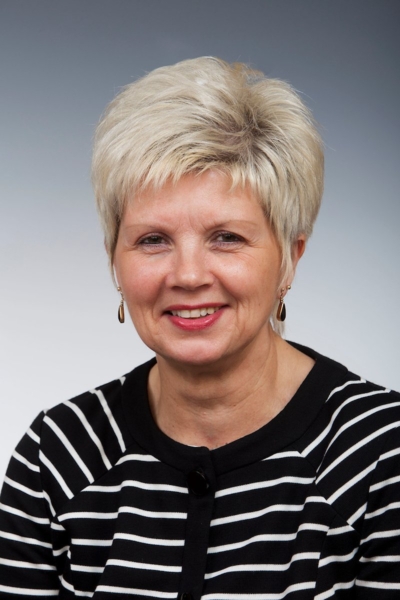 You have until 5th November to put yourself forwards as a nominee to become a Public Governor.

If you have an interest in the hospital and would like the chance to represent your community then, for those of you in the Bolsover, North East Derbyshire or High Peak areas, now is your chance to get involved.

Our Public Governors hold the Non-Executive Directors to account, are involved in a number of committees and sub-committees as well as having a presence on project boards for major developments across the Trust. This means that our Public Governors are influential in helping to shape the future of this hospital and you can be a part of that.

Denise Weremczuk is our Lead Governor and will be stepping down from her Bolsover seat after completing the third of her maximum three terms on the Council of Governors.

She said: “Our Public Governors are here to represent your interests, and is a very rewarding position. For anyone who has an interest in the running of the hospital and would like to get more directly involved, it is a fantastic way of doing so in a practical way and even have a role in shaping the future of the Trust.

“I used to be a nurse by profession and it’s been very interesting to learn about how the role has evolved and the changes that have gone into the daily running of a hospital. It’s been a privilege to speak to the patients on the wards, to the staff and do what I can to ensure the Royal provides the best possible care for all of its patients.

“We are involved in the planning of large scale developments including the NGS Macmillan Unit, Theatre redevelopment, the building of the Chesterfield Birth Centre and the three new wards that were opened in 2010. We also undertake ward visits, have been involved in the provision of patient meals, been involved in audits with the infection control team and can make recommendations based on what we see; it’s very rewarding.”

Each Public Governor can serve a maximum of three terms of three years and will stand for re-election before each term. This means that, every year, we have a number of seats that are contested in our constituencies and this year is no exception with three public governor seats available, that’s one each in Bolsover, North East Derbyshire and High Peak.

As with many roles within the Trust, Public Governors have had to adapt to the Covid-19 pandemic but that doesn’t mean that there influence and presence has taken a back seat.

Denise added: “It’s been a challenge for everyone and it has had an impact in the sense that we haven’t been able to physically set foot on site as much as we would have liked. However, as with many professions and aspects of life, we’ve adapted and been able to use technology to bridge that gap.

“All of our committee meetings are now held virtually, including Board, Council and the Annual Member’s Meeting that you may have viewed online and was a huge success. This means that we are still able to comment, give our opinions and challenge decisions effectively across a range of committees and project boards.

“We’re also able to have a presence within the hospital. One part of our role that is of tremendous benefit is our ward visits. When the Care Quality Commission arrives to assess the Trust, they visit ward areas, talk to staff, patients and visitors to come to their rating, which currently stands at ‘Good’. We replicate that with similar visits, not only helping to prepare clinical areas but also allowing us to raise concerns and represent our communities in a practical and direct way.

“We are currently trailing our ability to undertake virtual ward visits via an iPad which would allow us to see a ward through the mobile device, ask questions and discuss any issues they may have in much the same way as we would if we were physically there. We’ve not quite perfected it but it’s innovations such as this and how we use technology that shows we are still able to fulfil our commitments and what’s more, we’re right at the heart of it.

“If you have an interest in the hospital and would like to become a public governor then now is as good a time as any to get involved. We’re entering an unprecedented period of recovery and restoration and you could be a part of that.”

You will have received an email or postcard explaining how you can put yourself forwards and if you would like to talk to someone about what the role of Public Governor involves, then you can call Nicola Smith, our Governor and Membership Officer on 01246 513217 and she will be happy to speak to you or put you in touch with another Public Governor.

It’s a fantastic opportunity for you to help shape the future of your local hospital and we look forward to working with you.