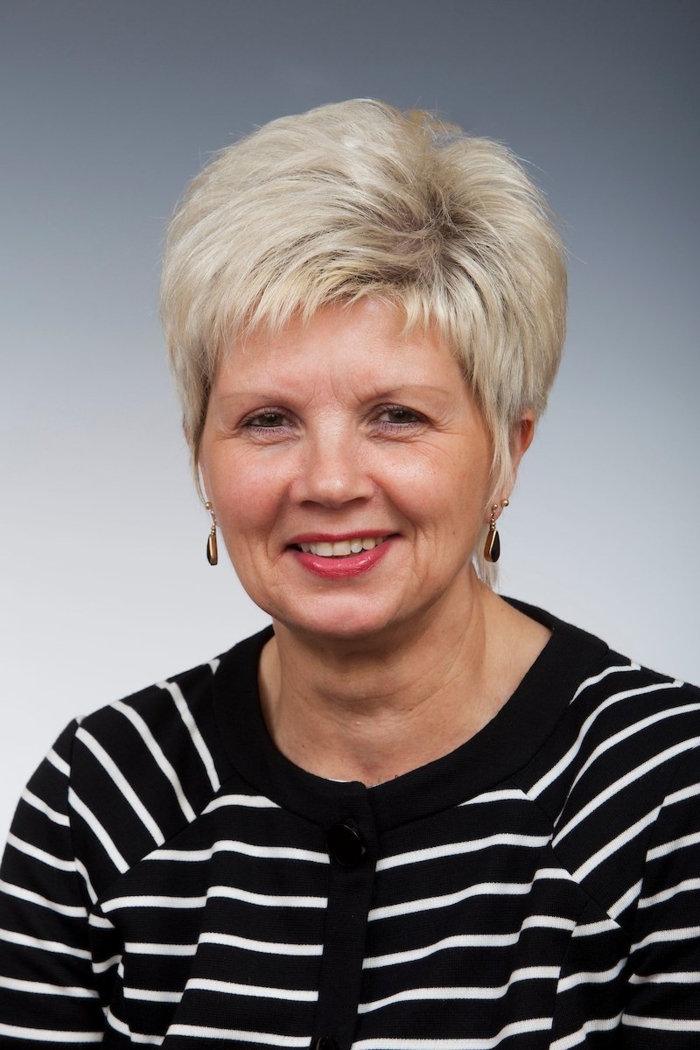 It’s a new year which means that we say goodbye to a number of our Public and Staff Governors.

On the staff side, Janice Smith completed her third and final term representing Nursing and Midwifery. She’s done some incredible work and has passed on the baton to Claire Whitbread who will begin her induction process very shortly.

We also bid a fond farewell to Pat Boyle who represented North East Derbyshire after Graham Paling was nominated and will take up his seat on the Council of Governors.

We’d like to say a special thank you to Denise Weremczuk who has been representing her Bolsover constituency for the past three terms and nine years, spending eight of those as Lead Governor. We thought it would be a good opportunity to catch up with Denise and find out about her favourite memories, proudest moments and recollections from her time with us.

Denise, thank you for speaking to us…how have you found your time as a Public Governor?

It’s been quite a time for me, very interesting and rewarding in equal measure. It’s also been challenging at times, particularly over the past year for different reasons that have been well documented, but hugely enjoyable on the whole and I’ve got a lot to look back on.


What made you interested in being a Public Governor in the first place?

I hadn’t long been retired and simply wasn’t ready to sit around with my feet up, I wanted another challenge. I’d worked as a Senior Nurse so knew the NHS well and was aware of the Public Governor role. In fact it’s my background that’s proved to be one of the biggest challenges to the role as I had to learn how to switch off my clinical brain and approach things from a difference perspective. I know some Public Governors who haven’t had any NHS experience at all and perceive that as a disadvantage but I think it brings something new to the table and enables an objectivity that I found a little difficult at first.  There have been a few times during Council where I could see where ward representatives were coming from, but had to think about how a Governor would approach things. It’s meant adopting a different mindset and it hasn’t always been easy.


What have you been most proud of?

On a personal level it was being a part of the NGS Macmillan Unit Project Board and the associated garden project that we did afterwards. I’m pleased to say that I was part of the initial discussions before a business case was produced so it was fascinating to see it develop from a concept to the exceptional working unit that it is now.

It’s made such a difference to the environment within which some of our cancer patients receive their treatment. I remember the old Cavendish Ward where the patients said such great things about the care they received from the amazing team there. I thought it was incredible that they could deliver that care in such a cramped space that overlooked a car park, so to be a part of the group that gave them a new home overlooking the Derbyshire countryside and a spacious treatment area with plenty of natural light completes the care package.

Dr Roger Start, who was the cancer lead for the project, then asked me to get involved in the Mayor’s Appeal, also involving the Chesterfield Royal Charity. The project involved turning one of our outdoor courtyard spaces into a rehab garden where people could relax and take a bit of time away from a clinical setting. That was opened in 2019 and is still being tended to by volunteers.


Do you have a standout memory?

Actually I do and it’s something that our Chair, Helen Phillips, used to say about me which made me chuckle and has stayed with me ever since. She always said that “I call a Spade a Shovel”, in other words I have an ability to say things without offending people. I think it’s a good skill to have, particularly as Lead Governor through which I like to make myself approachable, and it’s something that’s always made me laugh when I think about it.


How has the role changed over the years?

I think we’ve moved on a lot as a Council, we’re definitely more involved and a part of the flow of information that has certainly been evident this past year. I know a few Governors in other Trusts have felt out of the loop but I think we’ve been kept very well informed and a lot of that is down to how we’ve evolved.

A few years ago we were involved in some training sessions surrounding governance, our roles and where we sit in the infrastructure. It allowed us to adopt a different perspective and to better mirror the Board’ s objectives by working with the Non-Execs. It was called ‘Measures of Success’ and helped us to better recognise our place in the hierarchy which subsequently allowed us to become more effective in our work representing our communities and holding the Executive Team to account.


You’ve spent most of your time as Lead Governor, how have you found that?

It’s an unusual position. The Council of Governors is required to have a lead but you’re not the boss, for want of a better word. One of the most challenging aspects is your involvement in recruitment, for example I was partly responsible for recruiting and appointing Helen, our Chair. That’s not something I ever thought I’d be doing so from a personal perspective that was great.

I must say I’ve had excellent support from all governors and my role has taken me out of the traditional four walls of the hospital building to be involved with Joined Up Care Derbyshire and the work being done to ensure more partnership working across the county. I know that Margaret Rotchell will be taking over the role of Lead Governor; I’ve been working with her to ensure there’s a smooth transition so she’s been joining me in some of those meetings.

It was a real honour to be asked to take on the role so early into my tenure as a Public Governor. I’d only taken up my seat a year previously, and I’m sure that Margaret will take up the mantle and bring her own perspective to the role.


What would your advice be to the new Governors or those thinking of putting themselves forward?

It’s hard at the moment. Because of the Covid restrictions we’ve not been able to set foot in the building but the Trust has been very effective in ensuring we’ve still been able to have Council of Governor meetings virtually. I think inductions will still be virtual this year and on the one hand it’s good that we still have a virtual foot in the door in terms of involvement but it’s not the same.

I’ve really missed that personal, face to face interaction with staff. Over the past nine years I’ve had a lot of experience of visiting the wards, asking questions, hearing about challenges and how they’re being overcome. Being able to actively participate and speak to patients is an important part of what we do. It helps to triangulate the information you get at Council and gives you a different insight into what they experience. They know us on the wards, they’re used to us and it’s a part of the role I really do enjoy.

These new Governors won’t have that to start with so will initially be missing something in terms of how they experience the hospital. My advice would be to jump at the chance when it arrives; it will give you such an insight into how the hospital works, what the challenges are and how they’re dealt with.


And what’s next for you?

One thing I can’t do is stop altogether but I will take a bit of time to sit back, reflect on my time here and maybe relax for a while. I’ve not really stopped, having left work and then thrown myself straight into being a Public Governor.

I can’t stop altogether though, it’s in my blood. This will be the first time since 1971 that I’ve had no involvement at all within the NHS. In fact I started at the Chesterfield Royal Hospital as a cadet nurse and then moved into midwifery at Scarsdale before moving to Mansfield so there’s been a nice symmetry to my career in the NHS coming back here as a Public Governor. I’m certainly not finished so, as they say, watch this space!