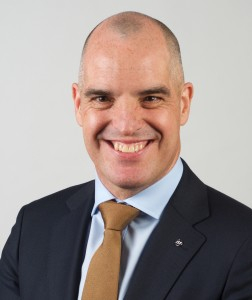 Some of our Executive Team have been visiting departments and teams across the Trust to mark the Day of Reflection on Tuesday 23rd March. DSFS Managing Director Dennis Kentrop spoke to a number of colleagues across different areas of the hospital and has summarised those reflections here…

“It’s hard to believe sometimes that we’ve been living through this pandemic for more than a year now. So much has become habit and routine that was completely new to us 12 months ago and the impression I get from people is that, whilst it’s taken its toll and people want to return to some form of normality, there is much that has improved. Things will never be the same again but that doesn’t mean that all of the change has been negative.

“I spoke to a range of different people in our x-ray department, clinical coding, porters, switchboard and Devonshire, one of our surgical wards, so a real mix of clinical, non-clinical and office based colleagues. It’s interesting that, regardless of where people worked, many of their reflections are, in general terms, very similar.

“The most positive aspect is how people have come together. I heard a lot about teamwork, different departments working together and things happening much faster without the need for multiple meetings and discussions. There seems to have been a real willingness to adapt quickly. We saw this when our Emergency Department was split into red and green zones. Our DSFS teams worked very quickly with different clinical teams to change the environments of several different clinical areas to enable this to happen over a single weekend. This also applies to the work that was done around marking areas for social distancing and installing screens; it happened quickly because it needed to. We shared the same goal and worked in partnership to get it done.

“We’ve learned a lot about each other’s strengths and weaknesses which helped when adapting to different situations. This also led to improved communication, both within and between teams. A lot of what you might call ‘barriers’ were broken because of the need to do things quickly and those working relationships have continued throughout. We know more about each other and appreciate each other’s challenges and this has strengthened the way we all work.

“There seems to be a general appreciation that we have been lucky, as key workers, to not have been affected by furlough and being able to make a difference, be a part of the NHS’ response and giving them a real sense of purpose. Though some people have had to shield, coming into work has been a real positive as it has allowed a degree of social interaction that other vocations, particularly those in the private sector, haven’t always been afforded. Wellbeing has come into the spotlight a lot during this pandemic and being around other people, albeit in a work environment, has helped a lot of people in terms of getting through this together.

“There seems to be a lot of positivity surrounding the vaccine and how that’s been rolled out within the Trust. Most people I spoke to had received the first vaccine which was a relief to them. But, having said all that, there was a feeling that nothing was being taken for granted and there’s still some caution which I don’t think is a bad thing. We don’t want a repeat of the circumstances that followed last Summer and led to the second wave so perhaps a degree of caution is a positive and fits in with the slow relaxation of national guidelines.

“But of course not all reflections are positive and many of us are tired, fed up and anxious which is understandable after a full year of restrictions. Some have found the work from home experience not ideal, particularly in terms of setting up their kit and from a mental health perspective. I suppose it’s the flip side of the social side of being at work, there was a sense of isolation and maybe even guilt at not being at work supporting colleagues. I’ve always been keen to point out that working from home is essential support for everyone working at the hospital, both in terms of encouraging social distancing and helping to reduce the spread but I can understand that feeling completely. It’s a new way of working that in many ways was forced upon us and sudden changes like this can be difficult to adapt to.

“I got a clear sense that those early stages of the pandemic caused a lot of frustration with guidance that would change frequently, particularly around the correct PPE and how to use it. A lot of this stemmed from national guidance that was constantly reacting to a quickly changing situation and again, I completely understand the frustrations there. Others felt anxious walking around the site and being close to Covid areas, especially in the early stages when we were only just beginning to get an understanding of the virus. There’s definitely much to learn from and it was a valuable exercise to find out how people viewed those early days in retrospect and will help us as services are restored and some things change again.

Reasons to be Cheerful

“Eyes lit up when we started talking about the things we can look forward to and there is definitely an air of optimism. As you’d expect, most of the things people want to get back to is going out and seeing people. It’s incredibly how much we took going to the shops and having a haircut for granted, even something we would put off, but it’s those normal and everyday things that we miss the most.

“Family was a big constant with some people not having seen close family for months, not been able to hug parents or see their grandchildren hug their grandparents. Going out for a drink or a meal, socialising, visiting the gym, going for a day trip or a holiday are all on the list for so many people as we just want to get our lives back. Hopefully most of those things are just around the corner.

“It’s not just the physical restrictions, it’s the restrictions that have been placed on us as well. For example people are looking forward to not having to think about whether or not they’re two metres away from person, crossing the road to give people room to pass, not having to wear a mask. Perhaps some of those things might still be some way off but, talking to people, you get the feeling that just being able to meet a few people in the garden will mean the world to those who perhaps haven’t experienced that since last Summer.

“I think to summarise, our colleagues have had to cope with a lot and it’s not always been easy. This is a very friendly place to work and people seem to have gained comfort from each other through getting to know and rely on each other very well and those shared experiences. The highs and lows have been very extreme and, though it seems we have things to work on and put right, what we’ll take out of this is how well we’ve worked together and supported each other.”