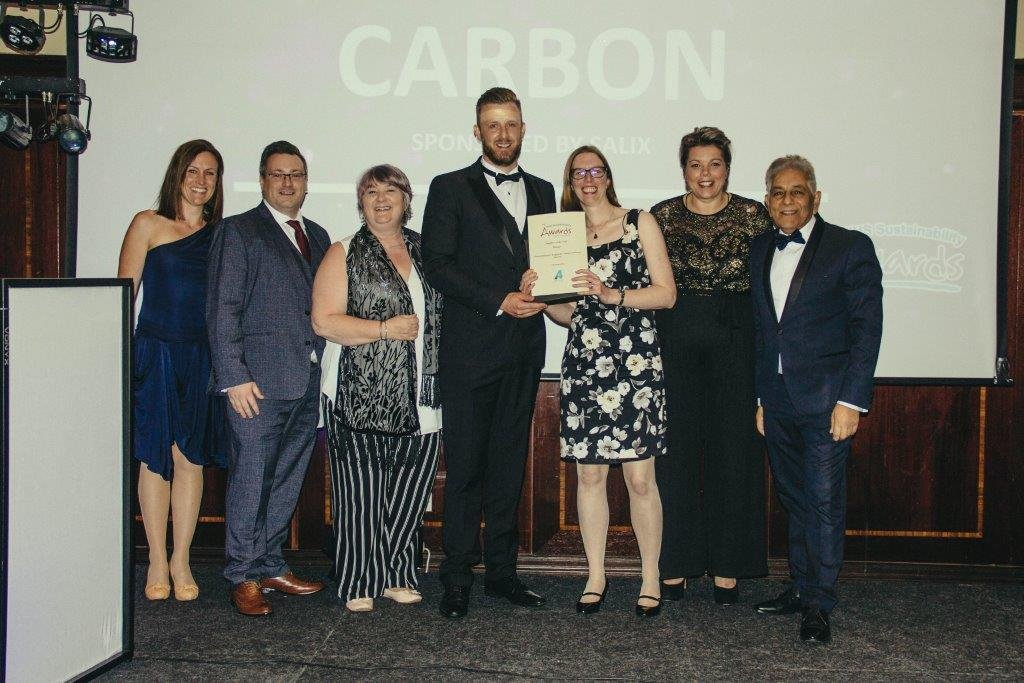 The Royal, in partnership with Tradebe Healthcare National Ltd, has been named as ‘Supplier of the Year’ at the NHS Sustainable Development Awards.

It’s a prestigious award that recognises the Trust’s commitment to the environment after managing to reduce the total waste it sends to landfill from 241 tonnes per year in 2016 to zero in 2018.

It’s an incredible achievement that demonstrates the hospital’s continued responsibilities as the largest employer in Chesterfield to lead the way in environmental change. This direction has also led to a number of staff suggestions that has seen the hospital introduce a number of recycling bins at a number of locations across the Trust and the development of an Environment Group populated by members of staff.

Sally Ludditt is the Trust’s Waste and Environmental Advisor, she said: “We’ve been working with Tradebe for four years to, first of all, ensure we are compliant with all clinical waste management but also to minimise the amount of waste we sent to landfill. We’ve achieved that as well as reducing the haulage that is associated with that waste collection which all results in a major reduction in our carbon footprint.

“One of the projects that we’re most proud of is the introduction of an offensive waste compactor on site. This means that we can now dispose of this waste locally at an Energy Recovery Facility rather than landfill, also reducing the clinical waste collection from five times a week to just two.

“The Energy Recovery Facilities, which is based in Sheffield, converts the waste to energy. Put in simple terms, this means that our waste is helping to power and heat Sheffield by using methods not unlike incineration. We include all domestic waste in this as well so we’re contributing to a renewable source of energy whilst simultaneously reducing our own carbon footprint, cutting our carbon emissions and saving thousands of pounds a year in the process.

“It was a pleasure to receive this award and shows just how far we’ve come in a relatively short space of time and demonstrates how committed we are to the local environment.”

The awards took place at the Marriott Hotel in Leeds on Thursday 16th May.