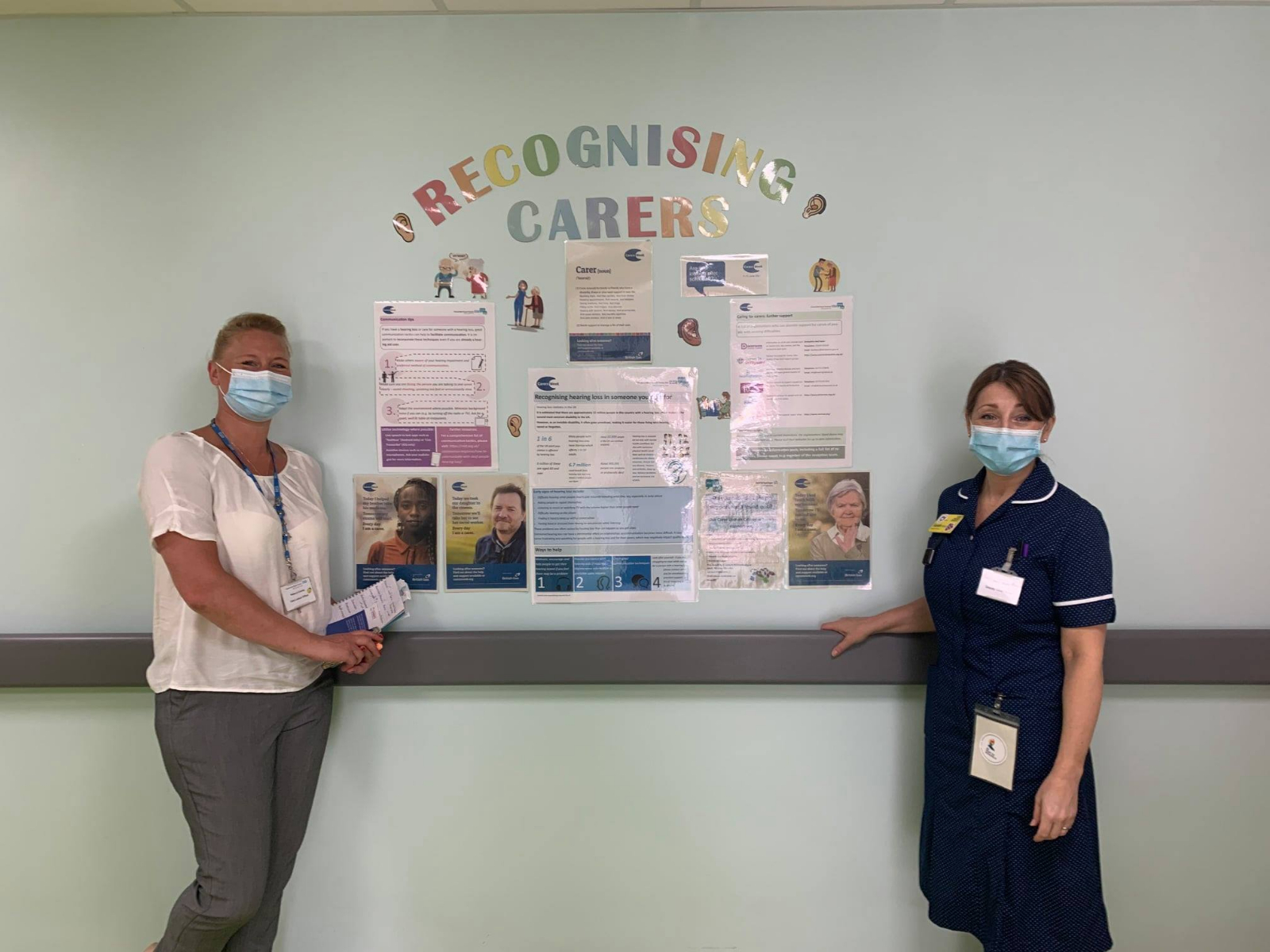 The Chesterfield Royal Hospital is marking National Carers Week by raising awareness of what a carer is and how they can help with patient care.

Research from Carers UK suggests that there has been a dramatic increase in the number of people who could be classified as ‘carers’ since the start of the pandemic with around one in eight adults recognised as a carer. But there are millions more who are carers and possibly don’t know it.

Carers will typically help out close relatives, friends or dependents with a range of things such as preparing or giving medication, helping them with other health-related issues or providing them with reassurance but the definition of a carer doesn’t stop there. Other parts of everyday life such as helping them with shopping, cooking or taking meals to them spending time with them to prevent loneliness and collecting medication also defines the role.

Recognising carers is something the Royal has worked very hard to embed into its clinical work, including signing the Carers’ Charter supporting the Key Standards the Trust has put in place for Carers. The Trust also recognises that our own staff may be carers outside of work, making strides to protect those members of staff allowing them to better reconcile their work life and caring responsibilities.

Rebecca Cowley is the Royal’s Carer Liaison Officer, she said: “The thousands of carers out there underpin the health service through the work they do and most of it is unseen, unpaid and unrecognised. The current pandemic has further highlighted that there are a great many carers out there and we have to make sure they are also looked after because it has been a very tough year for them.

“We also know that we need to include their expertise and knowledge of the one they care for if they become patients at this hospital. We’ve done a tremendous amount of work to help our ward colleagues recognise, including learning sessions, carer champions and by marking awareness days such as Carers Rights Day and National Carers Week.

“For this campaign we’ve been asking our wards and departments to produce displays to let us know how they value, recognise and accommodate carers, to include them in their patients’ care. It’s about asking them to think about it means to be a carer and visualise that to share their thoughts with other wards and make it a point of discussion.”

Increase in carers since the start of the pandemic

Rebecca’s role is there to support and advise carers, whether they are visiting a patient or colleagues working at the Royal. As Covid restrictions continue to be lifted, it’s worth remembering that a recent survey of 6,000 carers by Carers UK say that more than three quarters reported that the needs of the person they care for have increased during the pandemic. This puts a great strain on both the carer and the person they look after.

She added: “It’s really important that those who are caring for others take a bit of time out to care for themselves and look after their own health, both physically and mentally. Anxiety levels have been rising throughout the pandemic and for many, the lifting of restrictions has only added to that anxiety – it’s very difficult to reintroduce yourself to normality when you’ve been so far removed from it for so long. We saw it in some of the vaccinator centres which for some of those shielding was their first taste of life outside their home since the pandemic began. Mentally it’s a big deal and we need to make sure we’re there to help our carers and offer them the support they need.

“I’m not just here for carers, I’m also able to give advice to staff advice about how carers can get involved and to staff who are carers themselves. There is a lot of support out there and if you need to speak to me then I can be contacted on 07825 532952, just leave a message and I’ll return your call.”