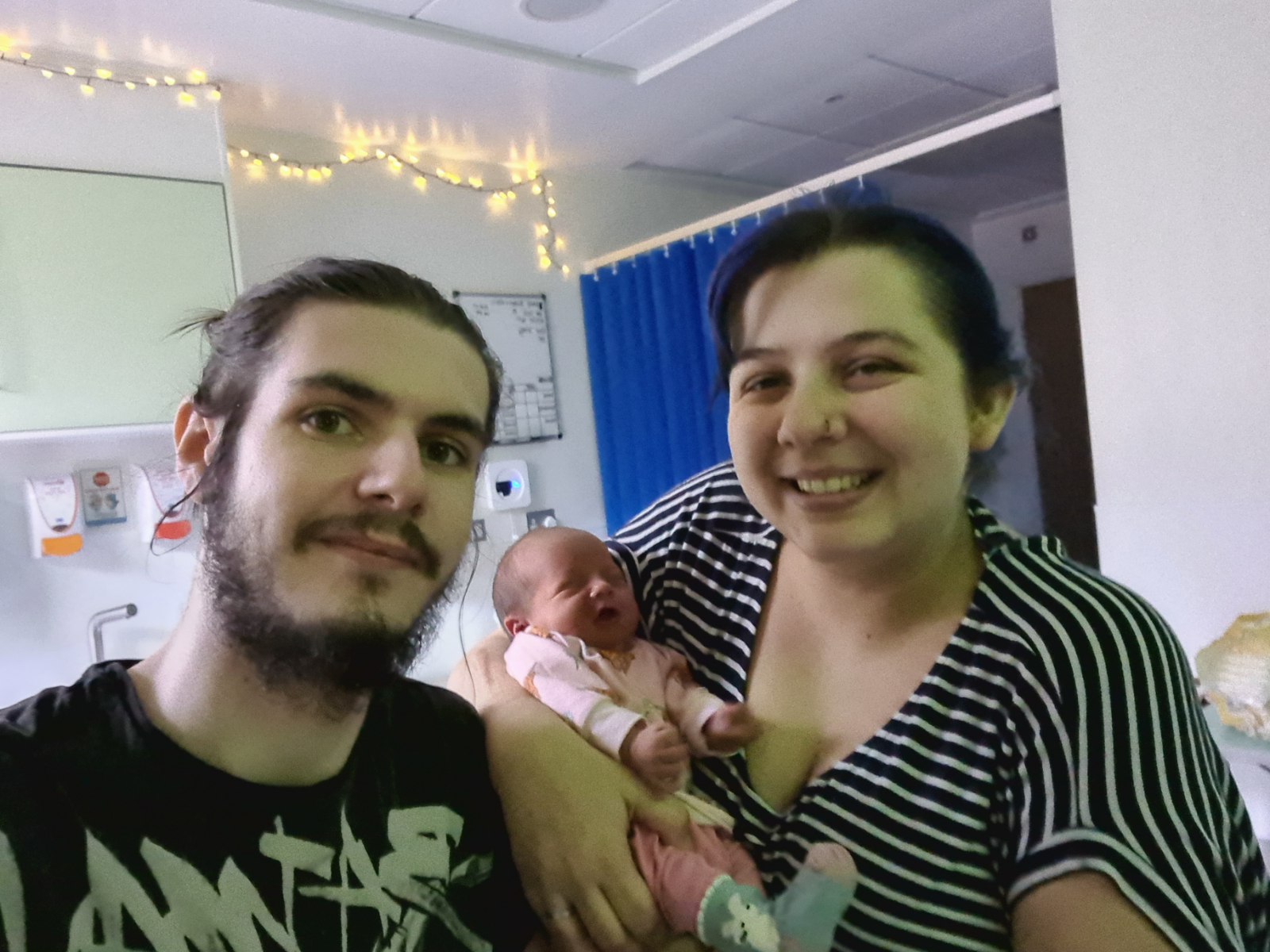 A first-time Mum was reunited with her husband for the first time in six weeks as she gave birth to their daughter, after staff at the Chesterfield Royal Hospital and Sheffield Teaching Hospitals worked together to make it happen.

The couple praised the care at the two hospitals after fears they would not be able to be share one of the most important moments of their lives, the birth of their baby daughter, Elsie, following a life-changing spinal injury.

Jordan (24) and Emily (23) Anderson, who married late last year, were dealt a double blow when Jordan suffered a devastating injury after an abscess burst in his spinal cord. He was paralysed from the ribcage down and told he would need 24-hour specialist care at Sheffield Teaching Hospitals, 20 miles from where his wife was due to give birth at the Royal.

Consequently, Emily started to make other plans:  “I hadn’t seen Jordan face to face since he was admitted to hospital. We’ve been together for eight years and this is by far the longest we’d ever been apart. We hadn’t really discussed him being there at the birth because we didn’t think it would ever happen. In fact I’d made other plans, to have my sister with me.”

Determined to help, staff on the orthopaedic ward at Sheffield Teaching Hospitals and midwives at neighbouring Chesterfield Royal Hospital pulled together to see what could be done.

Jemma Cox is the midwife looking after Emily. She said: “It’s not something we’ve ever done before but if there’s one thing that working through the Covid pandemic has taught us, it’s that we can do anything if we pull together to see what’s possible.

“I knew from speaking to Emily that it was her wish to have Jordan at the birth, it was a source of anxiety for her especially as we got closer to the due date, so we started to explore how we could do that. As a neighbouring hospital we have plenty of links to Sheffield and, having spoken to our Consultant Obstetrician, Alina Vais, she believed that it would be possible to enable Jordan to be here. We were aware of the situation so set in motion a number of virtual meetings, sometimes featuring 18 or 19 different clinicians from here and Sheffield to make that happen.”

“All I wanted was for Jordan to be with me”

Emily added: “It was a nurse in Sheffield who first made the suggestion to Jordan and made us think that maybe it was a possibility. I had to be induced due to pre-eclampsia and my baby’s heart rate began to deteriorate so the decision was made to get me to theatre for an emergency C-section. I was anxious and scared, all I wanted was for Jordan to be there with me.

“I heard one of the theatre staff saying something like ‘we need to get Dad here’ and within five minutes he was here. I’ve never felt so happy to see anyone, to see him there with me at that moment made all the difference.”

“It meant the world to me being there during the birth,” said Jordan who said that baby Elsie weighed 6lbs and 2ozs.  “To see my child literally just being born, I can’t put it into words what that means. I love them more than anything.”

Due to Emily’s extended stay, Jordan was temporarily placed under the care of the Royal’s orthopaedic department, giving the couple precious time together that they might not have had if Emily had gone straight home.

“Getting to know Elsie”

“I know people say that babies don’t do much in the first few weeks but it’s about getting to know Elsie and I desperately wanted Jordan to be a part of that, I can’t believe the teams from both hospitals were able to make that happen,” added Emily.

Following Emily and Elsie’s discharge, Jordan was transferred to the Princess Royal Spinal Cord Injuries Centre at Sheffield Teaching Hospitals, where he will continue to receive specialist rehabilitative care for the next few months.

“Both my wife and child have been my biggest motivator,” Jordan added, “I can move myself a bit easier now, I can put a t-shirt on myself and sit myself on my hands. I can’t thank everyone enough for helping me to be there with Emily at one of the most important moments of our lives.”

Emily is now looking forward to being able to bring Elise to see Jordan when he can come out into the hospital grounds in his chair: “They’ve moved heaven and earth to give us such a precious week together as a family. Thanks to the time we were given to bond in that first week it’ll be a happy reunion rather than a first meeting and I’m so grateful to everyone for making that a reality.”

Consultant Obstetrician at the Royal, Alina Vais added: “The way our ward teams worked with the birth centre and our partners at Sheffield Teaching Hospitals to make this happen was unreal. All of this was made possible to ensure that Emily could have the best experience possible and to allow Jordan to bond with his daughter. A lot of previously unthinkable things have become easier to achieve because of how adaptable we’ve become to change and we’re delighted to have been able to work together to help make this precious and unforgettable moment possible.” 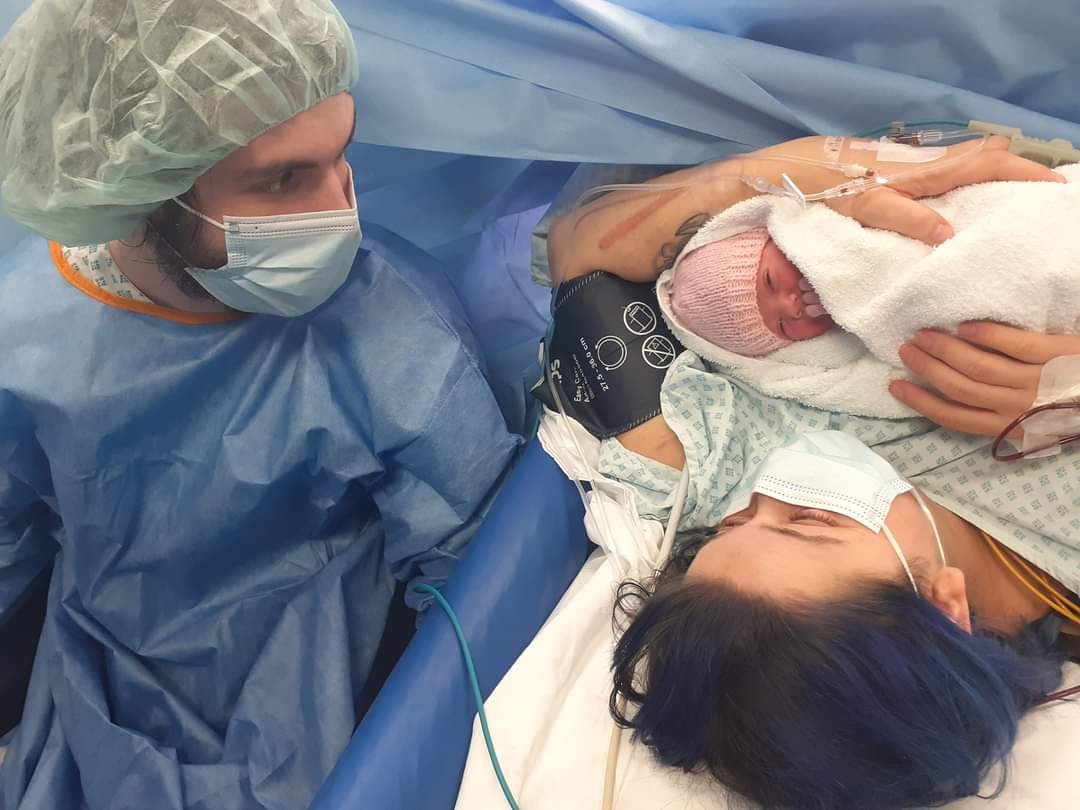 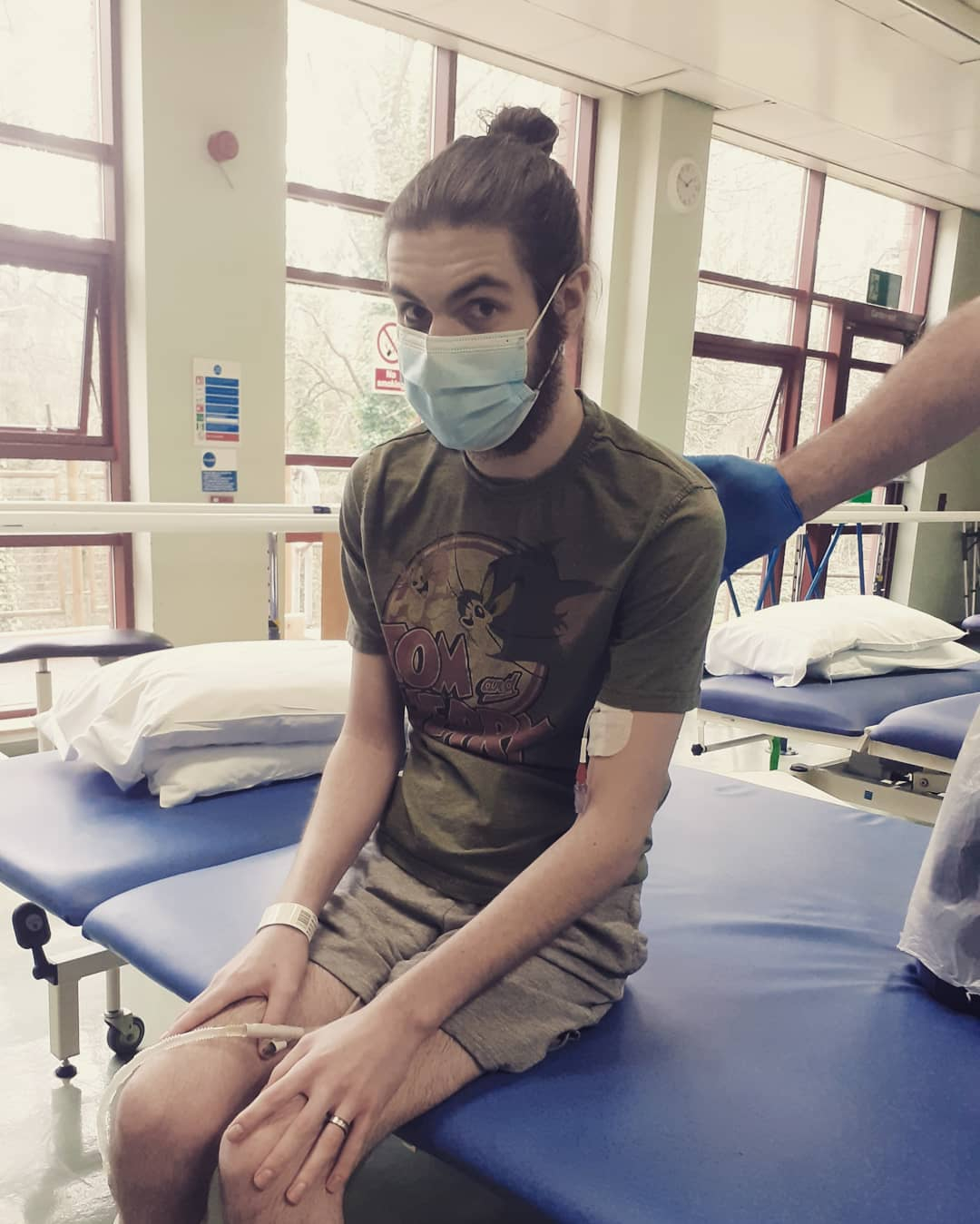