Maternity club together for charity 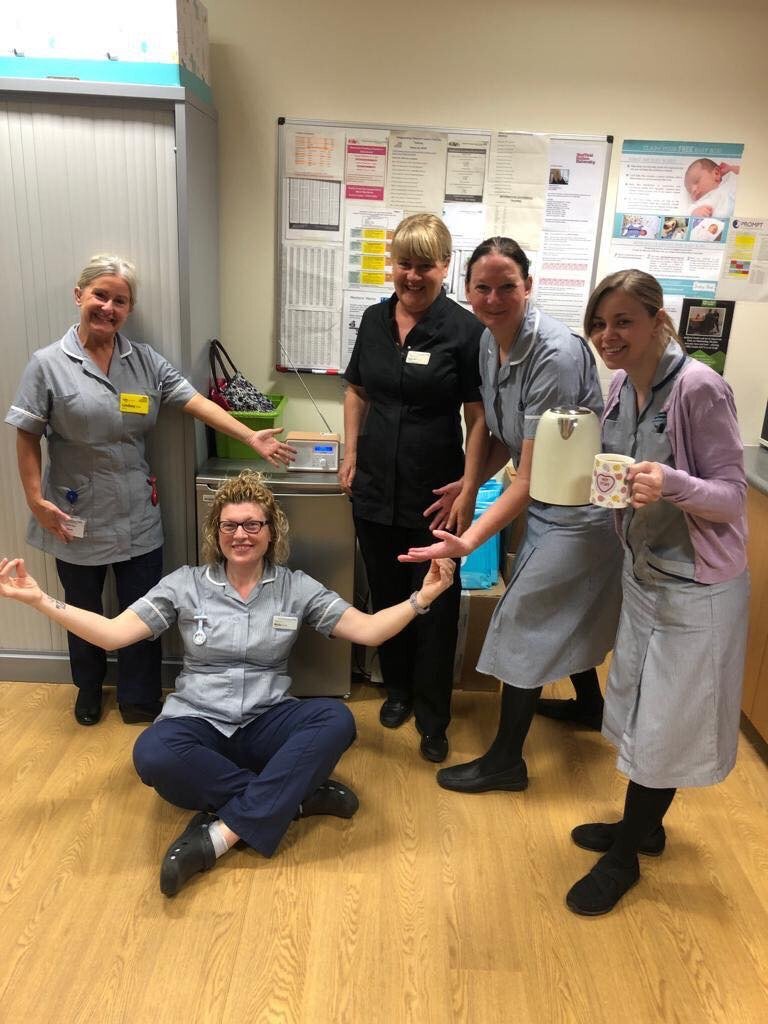 The Chesterfield Royal Hospital Maternity and Midwifery team are reaping the rewards from a mammoth cycle challenge that they undertook to improve staff facilities through the hospital charity.

The team banded together to take on their self-titled ‘On ‘Ur Bike Cycle Challenge’, the brainchild of Trust Midwife Emma Turnell that involved cycling the equivalent of the length of the country without leaving the building. They took turns on exercise bikes over a period of 24 hours in February 2019 to cycle the 874 miles it would take to get from Land’s End to John O’ Groats.

Emma came up with the idea of a cyclathon as a way of bringing the team together, raising awareness of what the team do and raising money for Chesterfield Royal Hospital Charitable Funds for maternity services.

She said: “The whole department came together with just one aim, to raise as much money as we could and it went better than we could ever have expected. Our initial target was £100 but what we were doing really seemed to catch the imagination of our colleagues and we ended up raising not far off £2,000. We also managed to reach that 874 mile target with just under half an hour to spare so it was a bit tense towards the end but everyone really put the effort in.

“Our senior matrons and management got involved by allowing us to rota in time to get on the bikes to ensure we could support each other with the challenge and keep the Birth Centre fully staffed. We also had help from the Physiotherapy team who leant us five exercise bikes , local supermarkets and our café outlets went above and beyond to keep us fed and watered whilst the Estates team got power to the bikes.

“It was a great way for us all to come together and do something incredible as a team that was not only great fun but helped to raise money for the department and, with people coming up to us to offer their support, explain to them more about what we do. We had music to keep us going and the atmosphere throughout the 24 hours was fantastic.”

The money has enabled the team to revitalise their staff area with comfy chairs, a sandwich press, coffee machine and other kitchen items to allow them to bring their own food and drink to heat up and enjoy during lunch. They’ve redecorated and generally spruced up the staff facilities to allow them to relax and unwind properly during a break so that they can return to duty fully refreshed and rested.

“It’s made such a difference to the way we are able to use our breaks away from the maternity setting and recharge,” added Emma. “There’s so much being done nationally surrounding Health and Wellbeing that suggests a happy and stress-free workforce provides better care to its patients and this is one way we’re able to get that. You can see from the photographs of how the facilities used to look to what they look like now, and how our colleagues have reacted to it that this is a great thing…and to know that we’ve done it ourselves, raised money and come together to make this happen has strengthened that further.”

To see a gallery of before and after photos click here.