Midwifery team get on their bikes for charity... 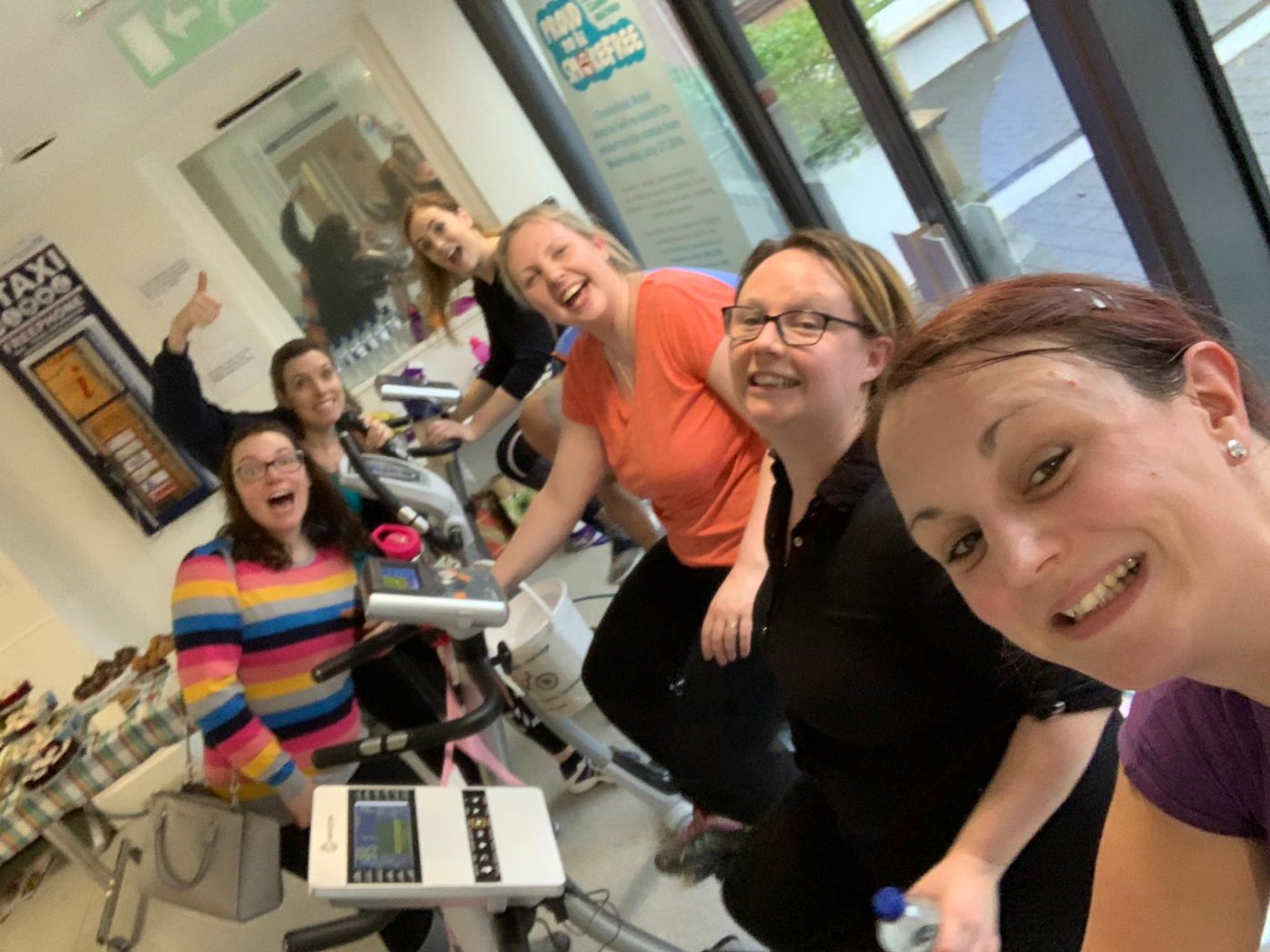 The Chesterfield Royal Hospital Maternity and Midwifery team has succeeded in taking on a mammoth challenge to cycle the length of the country without leaving the Birth Centre.

The ‘On ‘Ur Bike Cycle Challenge’ was the brainchild of Trust Midwife Emma Turnell that involved the whole team taking turns on exercise bikes to cycle the 874 miles it would take to get from Land’s End to John O’ Groats for 24 hours from midday on Friday 8th February.

Emma came up with the idea of a cyclathon as a way of bringing the team together, raising awareness of what the team do and raising money for Chesterfield Royal Hospital Charitable Funds for maternity services.

She said: “We managed to reach that 874 mile target with just under half an hour to spare so it went right down to the wire but everyone really put the effort in. It was a great way for us all to come together and do something incredible as a team that was not only great fun but helped to raise money for the department and, with people coming up to us to offer their support, explain to them more about what we do. We had music to keep us going and the atmosphere throughout the 24 hours was fantastic.

“My initial aim was to raise £100 to improve staff facilities but we surpassed that very quickly as the idea of what we were doing really took off. By the time we’d all got off the bikes we had raised somewhere around £1,800 with donations still coming in online and the final total still to be counted. It’s just incredible how everyone came together and I would like to thank everyone who took part and supported us enough for making this a success.

“Our Physiotherapy team leant us five bikes so that we could maximise the distance we could manage in the time we’d set. We had local supermarkets helping us out with food and drink whilst our café outlets were also available outside of normal opening hours to see us through and we had lots of people baking cakes, buns and biscuits that gave us plenty of energy. The Estates team helped out with getting power to the bikes so the rest of the hospital also pulled together.

“It was also great that our senior matrons and management help out by allowing us rota our time to get on the bikes so that we could do this challenge alongside keeping the Birth Centre fully staffed, particularly our Senior Matron for Integrated Care Sarah Petty who offered lots of support in organising it. Many of our colleagues came in on their day off, before and after shifts to complete the challenge and our Head of Midwifery led by example by completing three separate sessions on the bikes which was truly amazing.

“The whole idea of it was to raise money for the hospital’s charitable funds to allow us to redecorate and spruce up our staff room. We wanted to make it a little more colourful and relaxing so that when we do get a break, we can enjoy it properly and come back nice and refreshed. We can now do more and it just goes to show what’s possible when we all pull together.”

The team’s Just Giving page is still active on https://bit.ly/2SUTIRY if you would like to donate.