A Song for the Royal 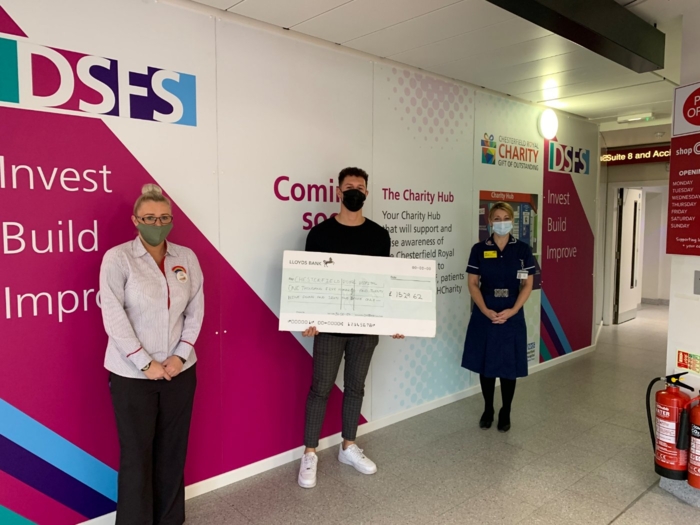 A Chesterfield man has found his voice to raise more than one and a half thousand pounds for the Chesterfield Royal Charity.

David Kaho was given permission to sing and raise money for the Trust’s charity by singing outside supermarkets in the town to raise an incredible £1,529.62 for the Royal’s #ProtectYourNHS campaign.

David may be a familiar face to some, having performed in the town centre and on the streets. He said: “During lockdown we all saw the queues outside supermarkets and I wondered if there was something that I could do to keep them entertained and maybe help the local community. One of my friends, Jade, contacted me about performing at Tesco with a plan to raise money for the hospital and try and create a more positive experience for those facing a long wait just to do their weekly shop.

“It seemed to go down well and the response I got from people was very encouraging so I decided to carry on. Like many people, I saw on the news about what an amazing job our NHS was doing and it was so inspiring. I wanted my efforts to benefit the local community so decided to support my local hospital and I’m delighted to be able to finally hand over the cheque.”

Queues outside supermarkets were a feature of the early lockdown as social distancing and restrictions on numbers allowed in a shop at any one time took its toll. David was able to raise money at the Clay Cross and Lockoford Lane stores, including a special ‘themed’ occasion.

“I wanted to end it on a high,” David recalled, “so we decided to have a superhero day on the 28th May to round it off. The lockdown restrictions were already being relaxed so more people were able to go out and about, including more children. This one was mainly to give them something to see and get excited about and it was just as uplifting for me to see smiles on faces as it probably was for them to see us all get dressed up as their favourite superheroes.”

The Royal’s #ProtectYourNHS campaign was set up specifically to enhance the health and wellbeing of our colleagues and to create further resources for patients at a time when they were unable to receive visitors. It includes providing basic essentials that would normally be provided by relatives and emotional support for our staff. David brought the cheque in to the Royal where he presented it with Jade (both pictured above with Acting Chief Nurse Sarah Ward) in September 2020.

Charity Director Ken Godber said: “The support our local communities have shown to this campaign has been incredible and I’d like to thank David for thinking of us and using his talents to support our campaign and raise spirits during a very difficult time. We’ve been bowled over by the imaginative and inventive ways that people have got behind our campaign.

“Since the pandemic began, the positivity and gratitude that people have displayed towards us and the wider NHS has made a genuine difference to those who have worked here. It’s put a spring our step and boosted morale significantly knowing that there were so many people looking out for us and publicly saying ‘thank you. I would once again like to take this opportunity to thank David, and everyone who has supported this hospital, for their amazing efforts.”

David also wrote a song to show his support for the NHS and to help in his fundraising efforts. You can view the video for this on his YouTube channel, that also contains a link to his fundraising page, by clicking here.

If you could like to know more about the Chesterfield Royal Charity and how to donate, visit https://www.chesterfieldroyal.nhs.uk/donate 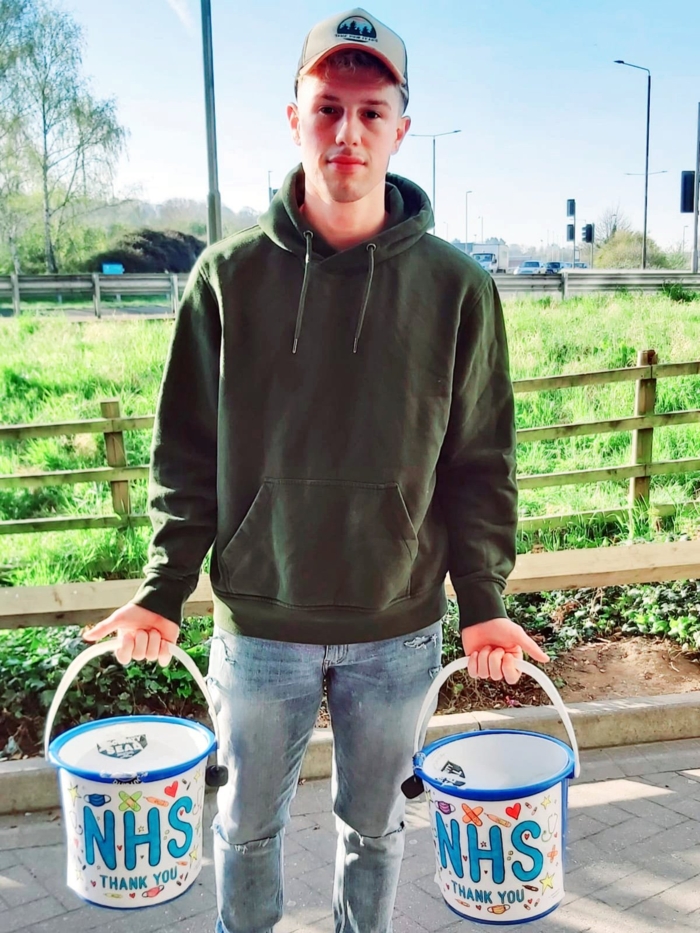 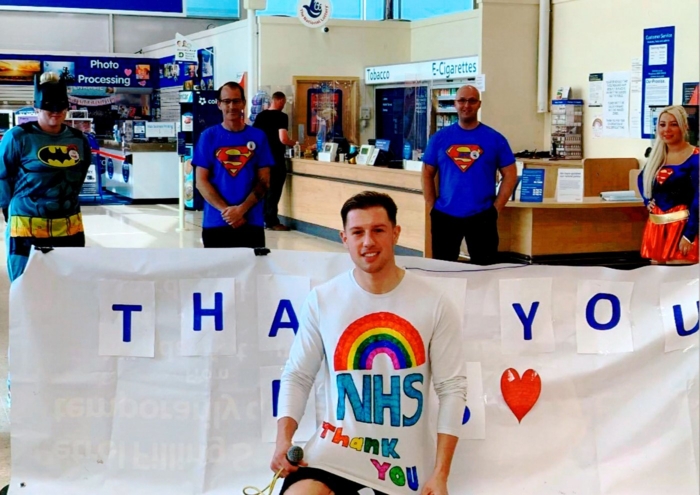