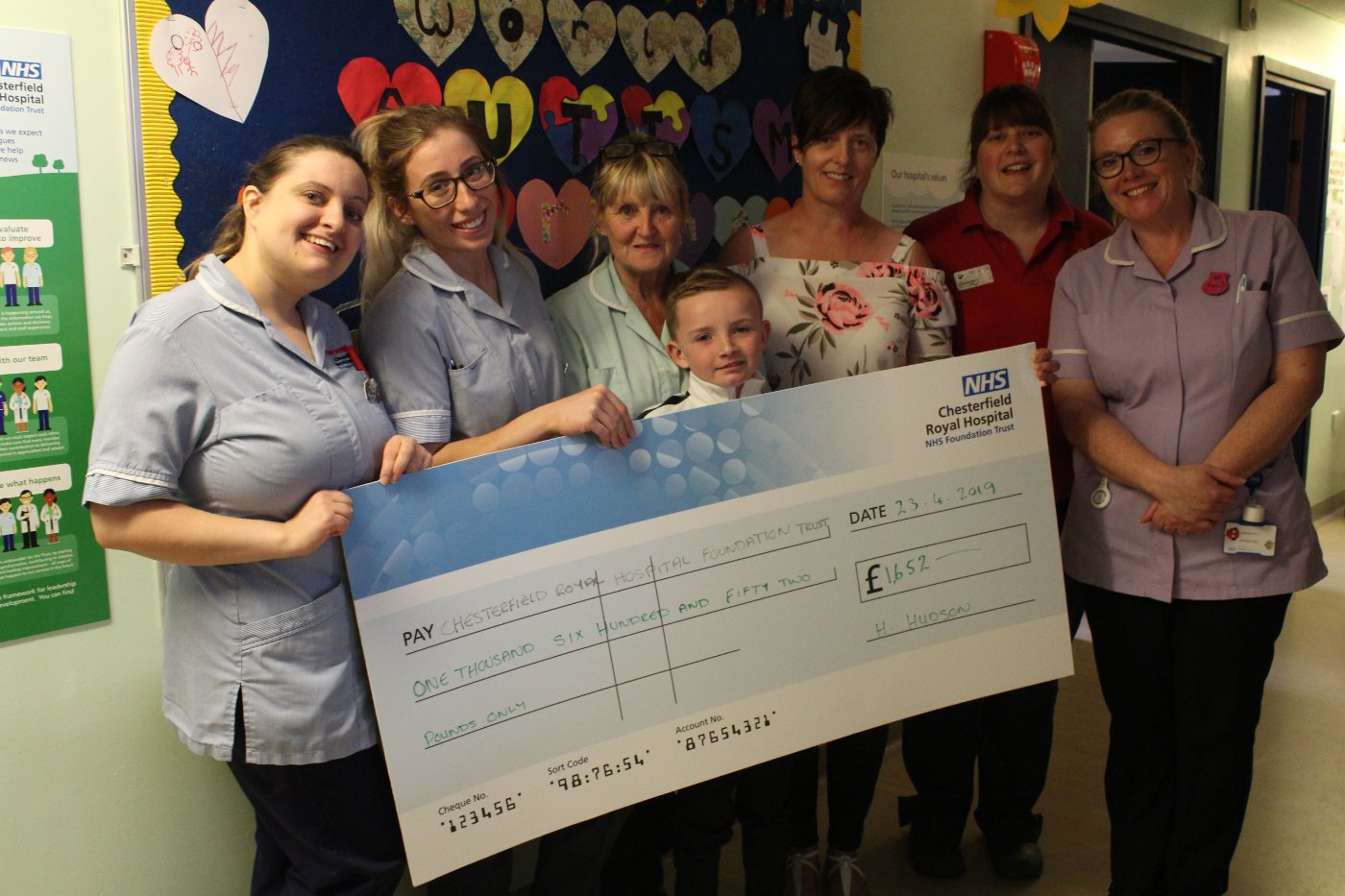 A youngster from Bolsover has swum the extra mile for the team that cared for him on Nightingale ward when he was poorly.

8 year old Hayden Hudson completed a massive 80 lengths of the pool at the Staveley Healthy Living Centre on Sunday April 14th without a single break. It took him just an hour and sixteen minutes, raising an incredible £1,652 for Nightingale Ward.

It was all Hayden’s idea after he was admitted to the ward for five days when becoming ill in May 2018, forming quite a bond with Healthcare Assistant Dee Bellamy whose care inspired him to undertake the challenge.

Hayden’s Mum, Tracey, said: “We were bowled over by the care that he received on the ward, everybody was just amazing but he really connected with Dee who was very loving towards him and it made a big difference to the time he spent here. He wanted to do something for the ward as a way of thanking them and he loves to swim.

“He goes several times a week, as well as for lessons, practicing whenever he can and we’re so pleased to be able to hand over this amount of money and see everyone again. It’s meant a lot to Hayden to come back here and show them what he’s done and the reasons why, they’re a great team and the way they looked after him has made such an impression.”

The money has been handed over to the Chesterfield Royal Hospital Charitable Funds and there are a number of ideas about how to spend the money on Nightingale ward, particularly around the adolescent room and treatment rooms.

This is the second time that Hayden has completed an impressive sponsored swim for the hospital, raising just over £1,000 for the NGS Macmillan Unit last year after one of his relatives was treated there.

On behalf of everyone at the Royal and all of the patients that use the service, a huge thank you to Hayden for such an immense and kind gesture…what an incredible young lad!